Please select the main categories to add items to your request:

AT NO ADDITIONAL COST TO OUR CLIENTS

Powerline are proud to deliver sustainable power solutions for the events industry. Through intelligent system design, aided by live telemetry along with our new fleet of Hybrid Generators, coupled with our Carbon Offset programs to ensure we offer an eco-friendly service to every client.

At Powerline, we are committed to providing your power with minimal environmental impact.

We strive to consider the environment across all of Powerline’s service offering, and are keen to advise our clients on the best practices for energy efficiency – from low-consumption LED fixtures to careful fuel management.

Where possible, we can offer renewable power sources as a substitute for diesel generation.

We have worked closely with a number of key clients to provide viable and reliable eco-friendly power for their events. Some of these clients include: 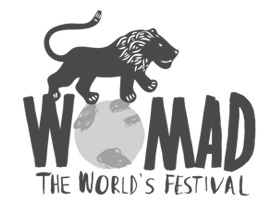 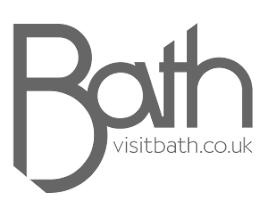 In 2014, we launched our Green Power solution project. This transparent three-year program now sees us offset all of our own, and our key suppliers’ carbon emissions

Powerline is proud to be making a positive contribution towards preserving our environment and its natural resources.

From 1st January 2014, we committed to offset all carbon emissions created by the burning of all diesel purchased by Powerline. This accounted for 95% of our projects and all Powerline vehicles.

In 2015, Powerline began the process to offset all emissions from all our generator usage – therefore not only offsetting our fuel, but also that supplied by our clients.

As of January 1st 2016, we now offset all carbon emissions generated by any aspect of Powerline’s daily running, this includes Powerline staff commutes, and emissions generated by our hauliers, and key supplier’s haulage. On top of the 200 Trees we plant each year with Carbon Offset, we are currently looking to start our own local woodland planting scheme, as part of a program to raise environmental awareness within the company, and the local community.

Powerline’s Carbon Offset credits have been procured through an ISO 9001/4001 Company to ensure we give back to the global ecosystem to a certified standard.

We spend our credits on both UK and international projects. On larger events, clients will be offered a scheme that benefits the geographic region in which their event takes place.

“Powerline has taken a leadership position in providing carbon neutral energy for events. We are delighted to be working with Powerline on this initiative, knowing that we are helping events reduce their environmental impact. ”

The Mariposas Hydroelectric Project consists of the construction and operation of a 6.3MW Run-Of-River hydropower plant. The Project uses the waters of the first section of the Maule Norte Alto canal, in the San Clemente commune to generate an average of 40 GWh per year.

The aim of the Mariposas Hydroelectric project is to generate electricity from renewable hydrological resources, using water utilized by the local community for irrigation purposes. The development of the Project however, does not affect the local irrigators since the water used for generating electricity will be restored to the same irrigation system, before the local community uses it.

This project is strongly contributing to sustainable development:

The Borehole project is a micro project in Uganda, providing a source of clean drinking water to a local community

The most basic requirement to sustain life is clean water. For many rural communities across Sub-Saharan Africa the struggle to find clean safe drinking water can take a major part of a family’s resource. More often than not the burden falls to women and children to collect water often walking a great distance from home. Even then water drawn from pools or rivers is often contaminated with pollutants and potentially lethal bacteria that cause illness and infections, and so to make the water palatable and safe to drink it needs to be boiled. The project works with local communities to identify and repair the many broken boreholes in Uganda. As well as the natural health benefits it means that families no longer have to boil the water, saving firewood and thereby preventing carbon emissions from being released.

The project is located primarily in the North Region of Uganda, within the Districts of Alebtong, Kole and Dokolo. Between 1987 and 2007 these region was heavily affected by the Lord’s Resistance Movement led by Joseph Kony. During that period, over two million people became displaced and it is estimated that over 20,000 children were abducted and forced into the army. This prolonged period of conflict has had serious consequences on all areas of life including education, health and economic development with poverty levels among the highest in the country. One of the major impacts of the war has also been a complete lack of investment in infrastructure particularly in the water sector. Approximately 60% of the people in the Districts do not have access to clean water and rely exclusively on open wells, lakes and other unprotected sources.

Each year, Powerline plants 200 trees as part of a Regional Planting Program. A large proportion are planted in school grounds, where they help to educate and raise awareness among pupils. The trees have broad environmental benefits, but our accompanying involvement with Carbon Offset’s “Tree Buddy” scheme, ensures that the symbolic gesture of planting is matched by the quantifiable offset of a tonne of carbon in another Verified Carbon Standard project.

Planting is a great way to help sequester carbon emissions. Through photosynthesis trees absorb carbon dioxide to produce oxygen and wood. By ensuring that trees planted are native broad leaf species this helps to preserve the environment and biodiversity. Planting takes place in school locations and other protected biodiversity sites. All trees are high quality cell grown ‘whips’ (year old saplings) and are tagged with unique identification codes.
By supporting our programme not only are you planting trees in your region of the UK you will also be helping to:

Powerline has what it takes to be your best choice

At Powerline, we pride ourselves on our depth of experience, and history of successful delivery.

Our team of experts make sure your requirements are met whatever the challenge. We will ensure the best solution for your needs.

Powerline work using our knowledge and attention to detail to ensure you have power in even the most challenging of places.

We pride ourselves on giving you the power to make it happen.

Powerline are on hand to advise on fail-safe and contingency solutions.

When you need to make sure you have backup and support, Powerline will be standing by.

Quality, safety and reliability are all key to our service offering. We make sure all of our equipment is inspected and tested on a regular basis.

Our team has what it takes to provide you with the best service in the business.

The Tamilnadu Spinning Mills Association (TASMA II) Project has 812 windmills in a number locations across the State of Tamil Nadu, India. The project has a total power capacity of approximately 460 MW, which is used to meet local needs, and export to the Tamil Nadu Electricity Board. The project contributes to the reduction of Greenhouse Gas emissions, encourages Industries to contribute to Green Power, and has helped local communities by providing employment opportunities, and improving the rural infrastructure.

The Cikel Project is located in Para State, Brazil, where 63% of the Amazon Rainforest has already been lost. With certified sustainable logging practices, Cickel will continue to avoid the deforestation of 27.4 thousand hectares of land, which would have been destroyed had traditional logging practices been used. Protecting the forest preserves both carbon stored in living biomass, and the area’s biodiversity. Preserving the forest also carries social benefits – granting local employment opportunities, permitting scientific research, and improved local education and medical facilities for project stakeholders.

Each year, Powerline plants 200 trees as part of a Regional Planting Program. A large proportion are planted in school grounds, where they help to educate and raise awareness among pupils. The trees have broad environmental benefits, but our accompanying involvement with Carbon Offset’s “Tree Buddy” scheme, ensures that the symbolic gesture of planting is matched by the quantifiable offset of a tonne of carbon in another Verified Carbon Standard project.

The 33 turbines, located in the Jilin Province, generate renewable electricity that is sold to the Northeast China Power Grid. The project promotes and accelerates China’s commercial usage of grid-connected renewable energy, as opposed to coal-dominated business

The Mariposas Hydroelectric Plant generates electricity from renewable hydrological resources, with water utilized by the local community for irrigation purposes. The development of the Project does not affect the local irrigators, since the water used for generating electricity is restored to local systems. The project creates commercial and employment opportunities within the community, and provides a renewable alternative to coal, diesel and gas power.

The Planting of British
broad-leaved trees

The project coordinates planting of native British broad-leaved trees in your region of the UK. Planting trees provides broad environmental benefits, including supporting wildlife habitats for many hundreds of years, and passing on a fascinating, and highly valuable ecological heritage to future generations.

Please call us to discuss your
specific requirements.

We use cookies to ensure that we give you the best experience on our website. If you continue to use this site we will assume that you are happy with it.OkRead more